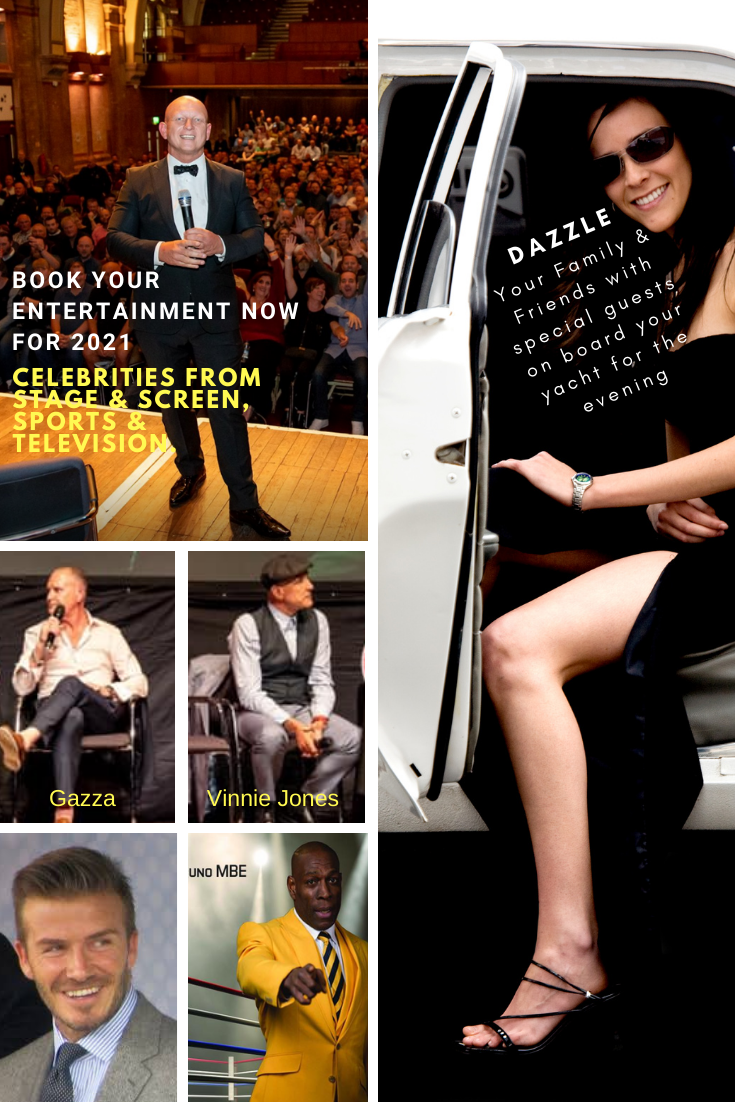 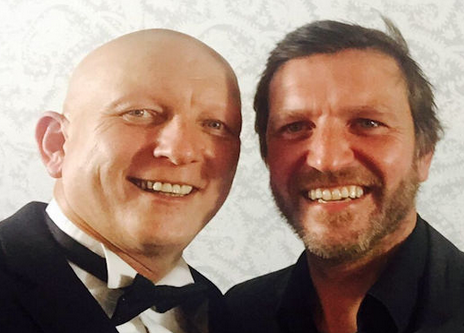 An evening of light entertainment

There are hundreds of after dinner speakers available and we can tailor the discussion to suit your family and friends on board.

Cant Decide? We can offer some suggestions for you after some discussion with you about your interests, this could be sports, music, technology, food or fashion.

You can even book our very own celebrity speakers Jas Hawker and Dan Ingall former Red Arrows Pilot and RAF who manage our Jet sales.

With guests flown in to meet your yacht what a lovely surprise for your guests. 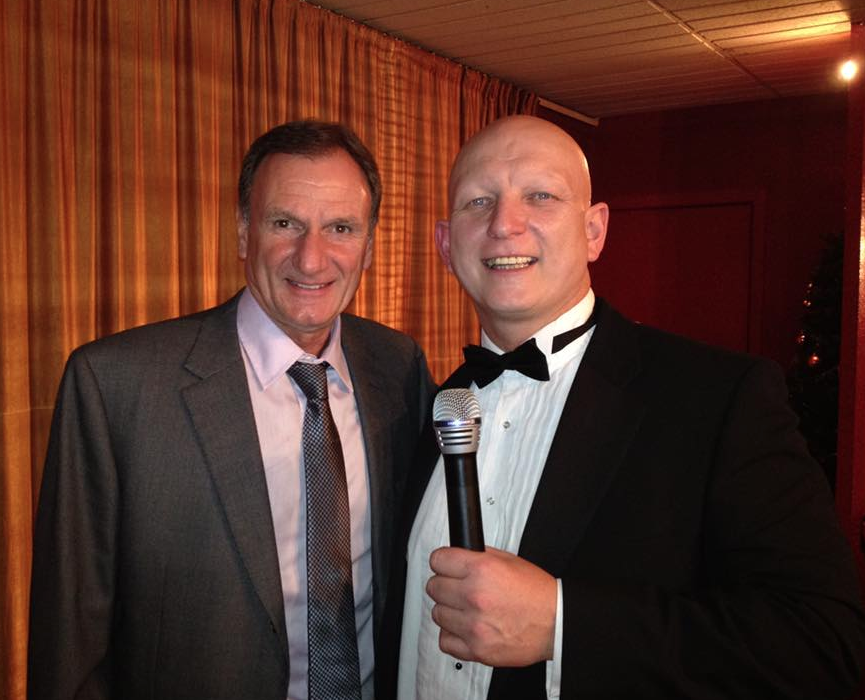 Sports Personalities: no doubt one of the favourite bookings are world champions and sports personalities.

These are people succesful in their own rights who have pushed limits and succeeded in life their own ambitions and have inspiring stories to tell. 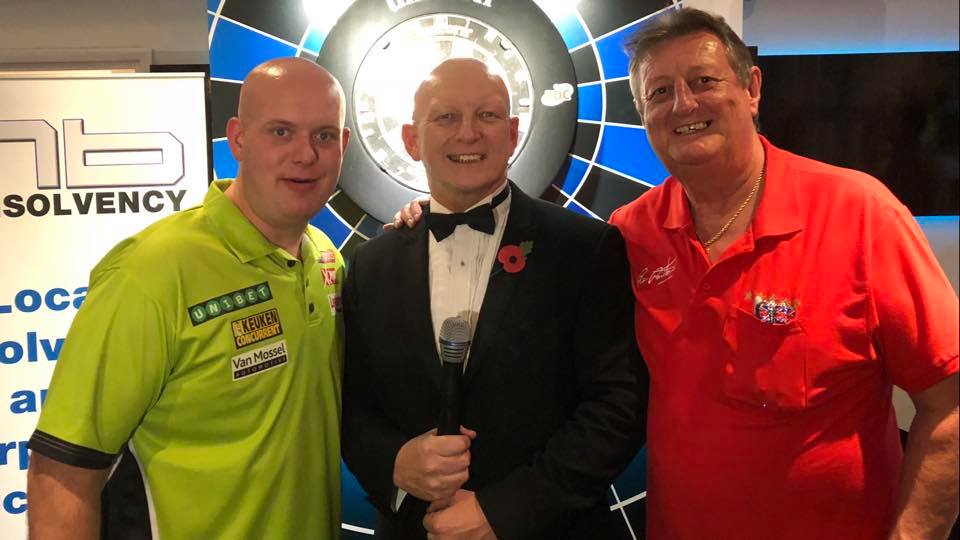 Interact with the Celebrities: Ever fancied putting yourself up against a world champion? Do you think you could win against the world's no 1 players, or shoot some pool against the champions.

Sports Games: Put your self up against a world champion Darts Player, 8 Ball pool, or even an interactive Motorcycle race against 8 times world champion Carl Fogarty or John Mcguiness.

MC: Myself Paul Booth will being doing the MC on the night so you can be sure of lots of fun and laughter nad this is me above with Legends Vinne Jones and Gazza. 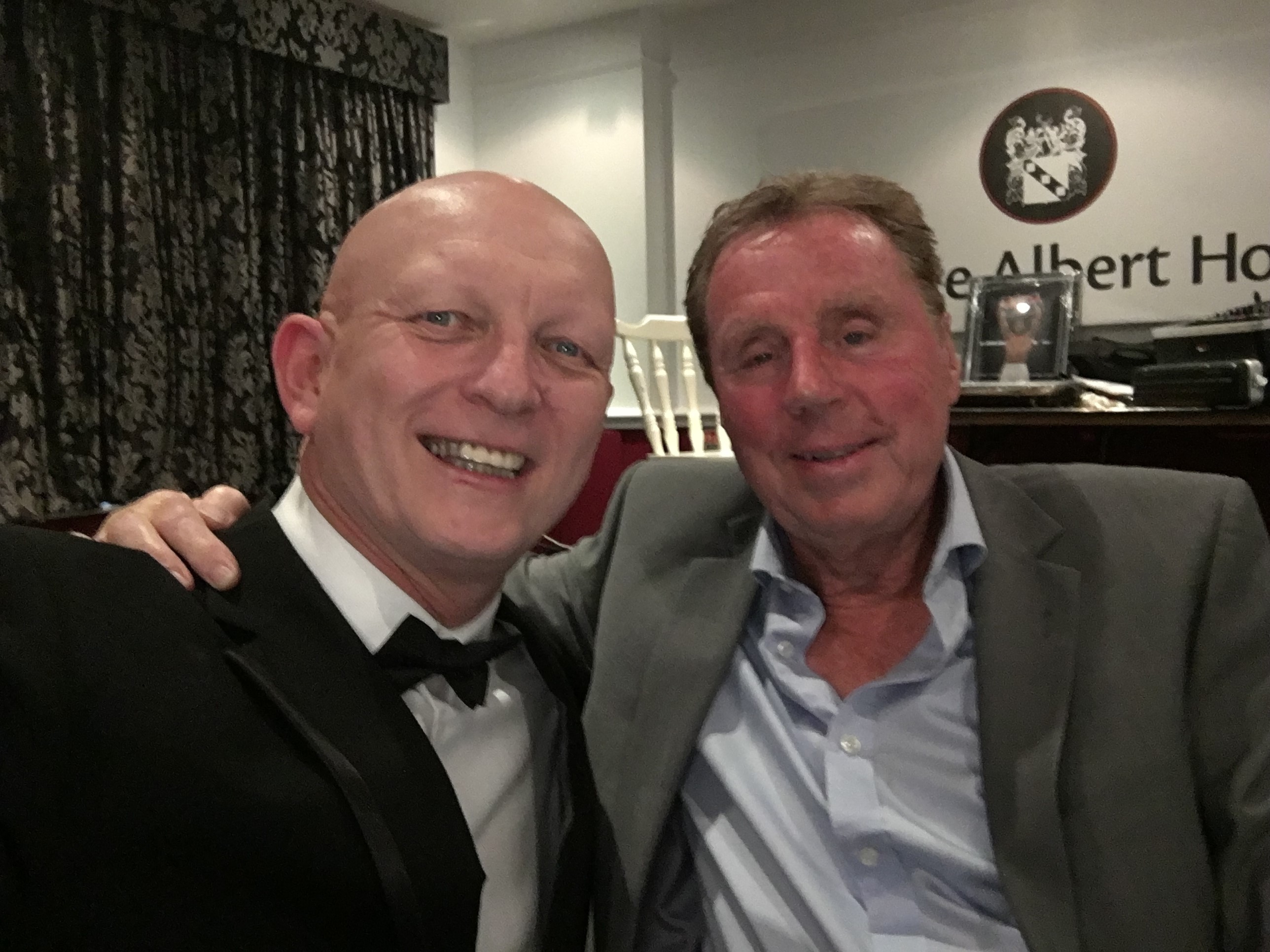 Bands & Singers: If singing, dancing and partying is your preferred choice of entertainment on board then a singer or artist can be booked to perform live for you and your guests.

With bands there can sometimes be logistical issues depending on the size of yacht you have chartered, if this is the case we can arrange for them to perform a special intimate gig at a local venue close to where your yacht can dock or drop anchor, a lovely suprise for your guests.

A List Entertainment: You simply choose the celebrity that you want and we shall do the rest and do our upmost to deliver to your exacting requirements giving you peace of mind.

We can supply artists to any worldwide destination wherever your yachts is located with the execption of high seas. We also have an express service for last minute bookings, contact us today so you dont miss out and book your entertainment for on board your yacht.

Charter a Yacht in the Mediterannean & Caribbean

Buyers: We have a large selection of Motor Yachts for sale including Sunseeker, Princess, Azimut, Aquamarine, Lurssen & many more.

Owners: 1UK.COM is the UK's leading luxury portal to advertise luxury yachts for sale, if you are an owner or a celebrity owner speak to me Paul Booth to discuss the sale of your yacht.

Working independently in the celebrity arena we can advise and discreetly assist celebrities in an unbiased way on their yacht purhcase. 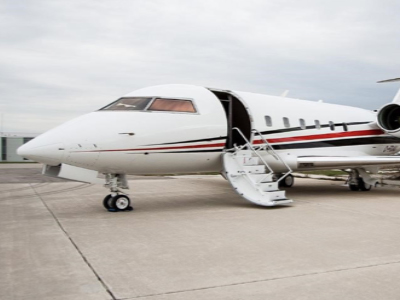 Private Jet Charters: With hundreds or private airfields and airports as well as the main UK airports you have a much wider choice of where you would like to fly from and too.

We have great deals on popular destinations such as Charter jets to: New York - Paris _ Dubai - Mallorca - Los Angeles and of course you can choose any departure point and destinaion.

Email me to discuss your booking requirements. 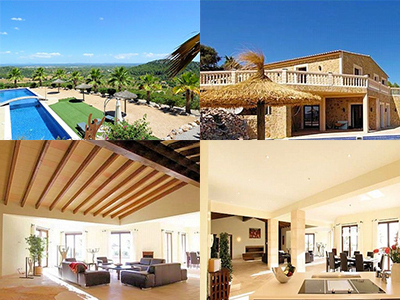 Property for Spain: We have a wide range of luxury Spanish property for sale in Mallorca from £1m upwards and on mainland Spain.

Luxury Villas Marbella: We have listed some of the finest Spanish luxury villas in Marbella, Puerto Banus, Portals Nous, Son Vida, Bendinat, Andratx and all across the Island and mainland. 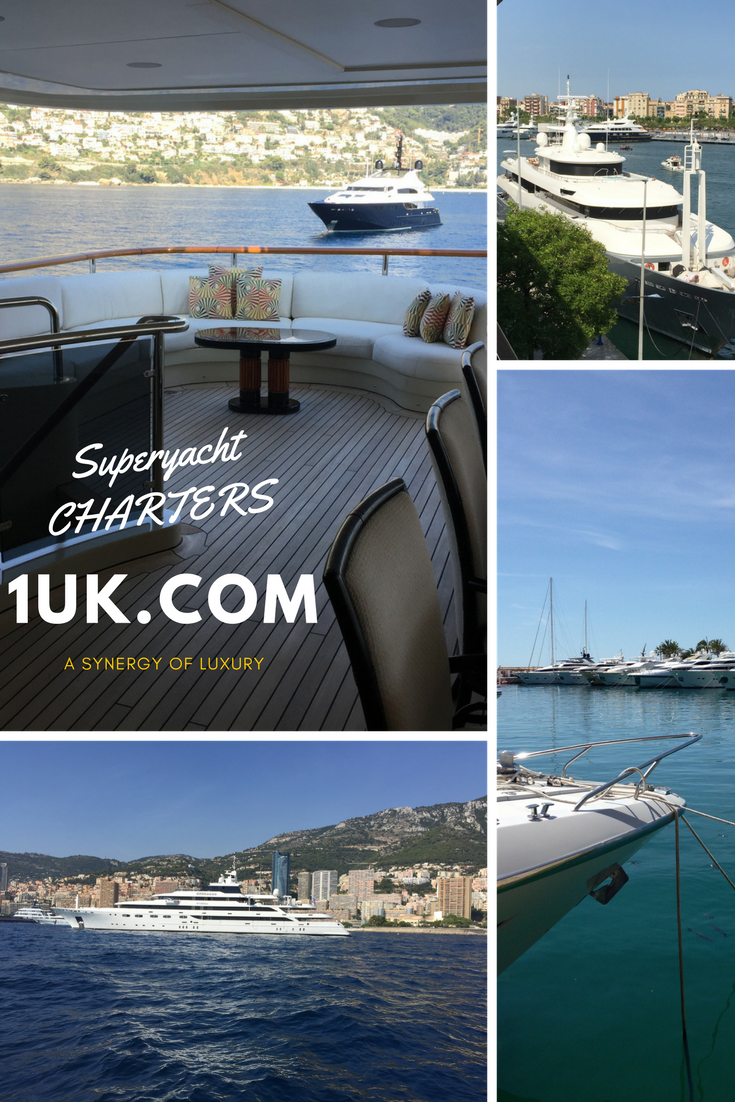 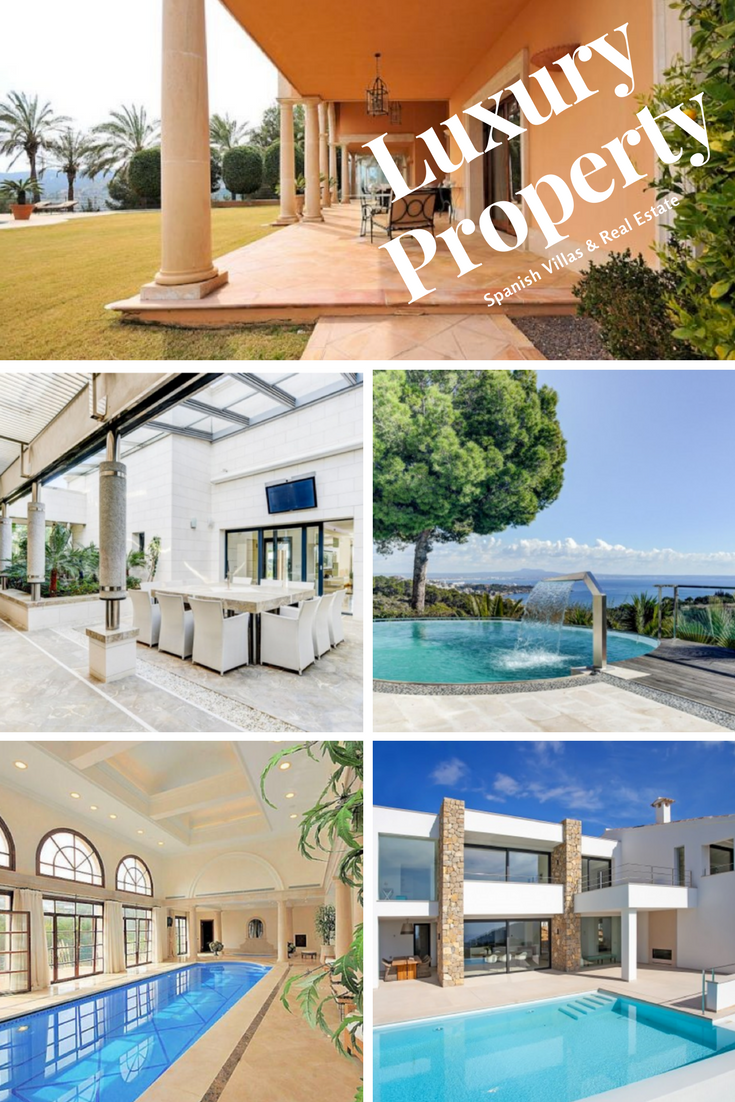 If you are looking to marketing your luxury yacht, property or private jet then use our contact page to get in touch with our sales team to assist you and advise on all the options. We are also happy to take open listings direct from owners on your luxury products valued at £1m +

You will benefit from the company having the longest online Web Design and Online Marketing career in the UK over 23 years with a bespoke Brochure and website produced specifically for you, along with other strategic placing on the prestigious 1uk portal. Plus other media sources that we partner with around the world to boost your chances of a sale as quickly as possible at the best price.

If you would be interested in marketing your luxury products on the prestige 1UK portal then please contact us for a media pack and options. We work on a "ten of the best policy*" and brokers/Central Agency listings are limited to 10 of their best products which you can change and rotate to keep the site from going stale.

Advertising on 1UK gives you dedicated direct access to the UK Markets, specifically London one of the wealthiest cities in the world and along with our International site a Global coverage. We have fixed price and comission advertising packages and we very much believe in working with competitors as opposed to against. Sure we all fight for business but sometimes it's the one who shouts the loudest. Our Motto is " A Synergy of Luxury "

We care for and look after our valuable staff who in turn look after clients, so you can be sure you are in good hands with a friendly team.

Found something you like?
If you are purchasing a Motor Yacht or a Superyacht we treat all our clients the same with the upmost of discretion and attention to detail.

99% of our products start from £1m upwards to ensure you are getting the finest quality in Yachts for sale, Business Jets & Real Estate. However our Mediterranean Yacht Charters can start from as little as £500-PD up to £500,000+ -PW

Contact us for the upmost discretion for UHNWI, VIP and Celebrity clientele. A no pressure informal chat to discuss your interest and assist in anyway we can to ensure a smooth purchase transaction and introduce you to the products & services    @1UK.

We have a dedicated staff member (our version of an estate manager) to work directly with you to discuss in confidence your requirements and initial contact is with our Managing Director/CEO Paul Thompson. Paul is regarded by many as one of the top Sports MC's in the UK, has appeared as MC on BBC Sport, ITV Sport, Channel 4, Channel 5, Sky Sports, Eurosport & every TV Sports network in Europe, plus TV Sports networks in the USA & Canada.

Paul can also be heard on a number of UK long distance running events including as the finish line MC on the Great Manchester Run, plus both the Mini, Junior & the World's largest half Marathon, The Great North Run to over 57,000 runners.